Lyall Lukey, Convener of the annual Education Leaders Forums since 2007 and Seismics and the City events since 2012, is the Managing Director of Lyall Lukey Resources Ltd, founded in 1987 and the originator and co-ordinator of SmartNet, founded in 1997 and Silververve, founded in 2016.

Lyall has a unique background spanning the academic and business worlds. His History MA Honours thesis was entitled Industrial Conflict in New Zealand.  He is a former secondary school teacher and Visiting Teaching Fellow at the University of Canterbury. He also had three seconded stints in teacher recruiting.

Since 1987 Lyall’s organisation Lukey Resources has worked with client organisations throughout New Zealand in the public and private sectors to enhance their intangible assets – especially what their people know and do – through knowledge sharing. The company also designs multimedia and online learning resources and business coaching programmes to fill knowledge and performance gaps.

The SmartNet initiative, which he started in 1997, helps foster innovation and creates new local and global opportunities for New Zealand enterprises. SmartNet has an extensive database of NZ based and international speakers and consultants.

Before his recent retirement Malcolm spent almost 48 years in the education sector. He is a former secondary school teacher, a National Executive member of the Post Primary Teachers’ Association, and a leader of professional learning and development in the Waikato, King Country, South Auckland and Thames-Coromandel areas.

His Ministry of Education responsibilities included time in charge of teacher recruitment and being a member of the Government’s negotiating team on industrial relations with the secondary sector. He spent 15 years from 1993 seconded from the Ministry of Education to the Beehive, where he served as private secretary/advisor to 7 successive education Ministers.

Malcolm was seconded to the Canterbury Earthquake Recovery Authority for almost two years during 2012-14, project managing a youth engagement strategy called The Amazing Place, giving school-aged children and young people of greater Christchurch a real say in the future of their city through their involvement in the design of the Margaret Mahy playground.

During 2015 and 2016 he was Principal Advisor, Youth Guarantees Network and Vocational Pathways, Ministry of Education working mainly with local authorities, employers community groups encouraging their involvement in preparing young people better for the world of further education, training and employment in an exciting, but challenging, future.

He now works with senior leaders in the public and private sectors via leadership coaching, strategic planning, team culture development and special projects through his Silververve practice.

“You have a great deal of experience and it is good to know that you are channelling that experience for the benefit of others. We all age and it is admirable that you have seen that age, in itself, is no barrier to making an ongoing contribution.“

Birgit has extensive experience in the field of change management and organisational development. She manages her own consultancy and specializes in the facilitation of strategic change initiatives.

Birgit’s experience in the management of strategic change across both government and business organizations ideally places her to assist management teams to grow sustainable businesses in today’s post-earthquake environment. In addition, her training as a social worker has enabled her to counsel and support both staff and management who are experiencing stressful change in both work and non-work environments.

Birgit has worked with a number of businesses and organisations in South Africa, the USA and New Zealand, and she started her own New Zealand based Change Management Consultancy in 2010.

As a parent and change facilitator, Birgit believes that we should be enabling the development of resilience, self worth and a passion for life-long learning. Educating children holistically strengthens the foundations of a society in which the fulfilment of dreams, becomes an accessible reality for each child.

M.Tch.Ln, B.Sc (Hons), Dip Ed Man, Dip Teaching (Distinction)
Craig is a leadership learning and development coach and facilitator. He has previously been a Leadership and Management Adviser at University of Canterbury. He has developed a specialisation and high level of knowledge in coaching and mentoring in a variety of sectors – business and education.

He is an accredited coach with both The Leadership Circle and Team Management Services. Other areas of leadership he works in include: team development, adaptive leadership and change, collaboration, emotional intelligence, and strategic planning.

As an experienced educator with wide and varied leadership experiences over 25 years in New Zealand, Canada and United States, Craig has presented at national and international conferences. He has a passion for and expertise with experiential learning which derives from his extensive outdoor and sporting experiences, including being the School Director of Outward Bound New Zealand.

Dr John Boereboom is the Director of the Centre for Educational Evaluation and Monitoring (CEM). In his last role he was an Academic developer at Lincoln University where he coordinated the professional development programme for academic staff and supported lecturers and departments with all aspects of teaching, ranging from course design to delivery and assessment. In addition he taught undergraduate courses in social science research methods in the Faculty of Environment, Society and Design.

Recently he completed a sabbatical at L’ecole Polytechnique de Lausanne where he coordinated the development of an Effective Tertiary Teaching Certificate for University educators.John has held various teaching positions in secondary schools ranging from physics teacher to HOD, Qualifications Manager and Assistant Principal.

He has extensive experience in teacher training and has been seconded by the Ministry of Education and NZQA in relation to national qualification development, assessment and moderation. In 2014 John received a Lincoln University Teaching Excellence Award. He is an associate fellow of HERDSA.
https://www.cem.canterbury.ac.nz  http://www.canterbury.ac.nz/spark/Researcher.aspx?researcherid=3609092

ELF18 was supported by: 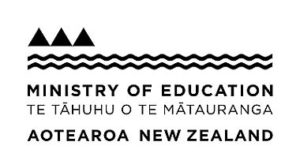